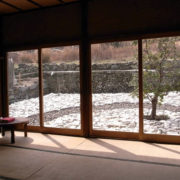 I have been working in Setouchi on the garden for Sunset House over the past three months for the Setouchi Triennial. Although this project has been about the relationship of the house with its surroundings over the past three years, the local stones utilized in the garden now make this relationship more clear. After discovering remaining basalt stones nearby the site of the former stone quarry in the town where this artwork is, I worked with the elderly population to reclaim these stones and create a walkway through the garden that leads in a meandering path to the entrance of Sunset House. These stones embody the wealth of the town as it was the first location for Osaka Stone Company starting in 1934 and continuing until 1989 when their operations in Kounoura town were put on hold.

When I first started work on Shodo Island one of my strongest impressions were the currently operating stone quarries in Fukuda, the north area of the island, where the landscape is being carved by dump trucks, dynamite and cranes to mine granite stone. But contrary to earlier precedents where nature and industry are presented as clashing forces such as the film Koyaanisqatsi (1982) I saw these as sites composed of layers of distress, prosperity and emotions. While the most famous uses for stones from Shodo Island include the walls around Osaka Castle and the Tokaido Shinkansen tracks, far greater quantities of stone have been sent to dam construction sites than any other single use in the past century. Upon leaving the island yesterday I was reminded of the shifting landscape as I left on the ferry from Fukuda, observing once again the “squaring” of the landscape as a site where desire and trauma intersect. This is one of the reasons why I chose to construct the garden with granite from this area of Shodo Island: the contradictory nature of these stones and their shifting meaning in the surrounding habitat.

This year I felt the need to include not only the bright side of the community (and myself) but also to find ways to express the more difficult aspects of life in this artwork. As I thought more about the garden as I first encountered it, images of broken glass, rusty metal and other garbage held a strong presence in my memory. These waste products contain clues to our own lifestyles, to that which we do not want to pay attention to but that which we need to consider as it jeopardizes our connection to the environment. I thought about the heaviness of the stones and the sores in the land that leads to Sunset House. These characteristics also exist in the social landscape, the people who make this community, and so I asked them to record their feelings of sadness, stress, worry or discomfort onto the underside of the stones as they were arranged in the garden. This was a challenging task because many people are not familiar with vocalizing these feelings, especially in public, and now I was asking them to visualize the darker side in order to complete the garden.

But after reflecting on the lightness of the white surfaces of these granite stones the relationship of lightness anddarkness slowly became clear. In fact the light, airy, cloud-like aspect of the surrounding garden for Sunset House would only be possible if we inserted our reality of trauma, distress and troubles into the soil. I felt these negative feelings created nutrients for the garden that would sustain it for many years to come. Rather than just covering the “dirty” soil that I found three years ago when visiting this site, together with one hundred people I rejuvenated the garden with energy that comes from what was considered waste but now becomes nourishment. Just as each stone holds the potential to become one in a castle, a train track or a dam- people too hold the potential to become key participants in a system for regeneration. I discuss some of these aspects in a recent radio interview on the project with Shima Radio which can be heard here. People have responded deeply to these contradictory aspects of the place in my work as this project is presented as part of the Setouchi Triennial opening this week. 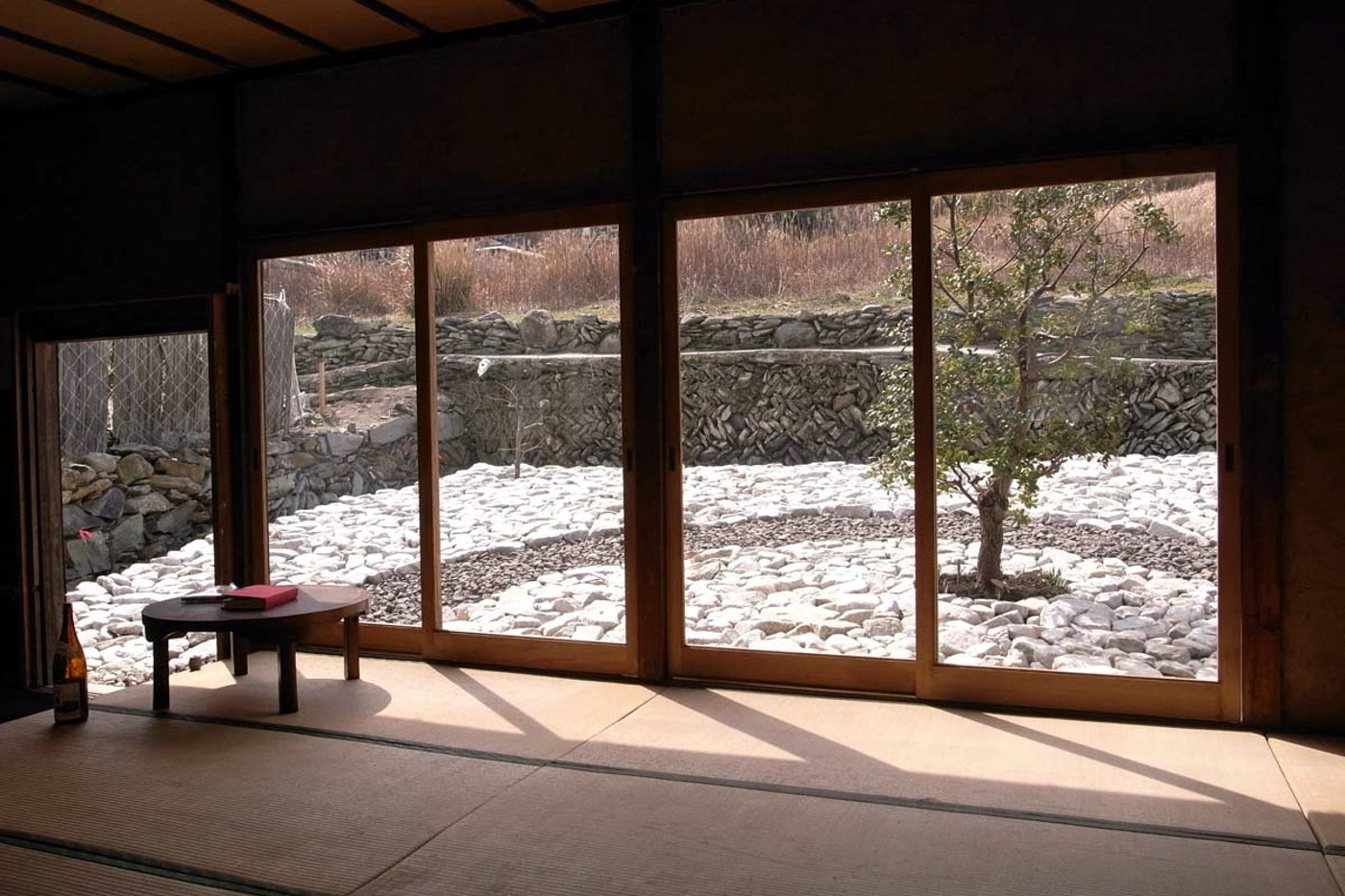