Curation and photographs by Haruka Iharada

This artwork starts with a search for spirits in the turbulent sea on the Pacific side of Okinawa. Amidst the background of war and occupation countless people have died in the sea. What lies beneath the surface of the saltwater in this historically significant port for trade between the Ryūkyū Kingdom and other Pacific nations? Despite many efforts to erase the past from memory, sea spirits are resilient thanks to work of generations of shamanesses. The story of Sea Birth begins with a wood fragment of an unidentified shipwreck in the coral near Minami Ukibaru Island. A reimagined map of the sea in between this island and others has been painted for this exhibit. Rituals enacted based on spirits of the sea are presented in a video installation. In reflecting imaginatively on these fragments, the potential for a new life born in the sea is opened. 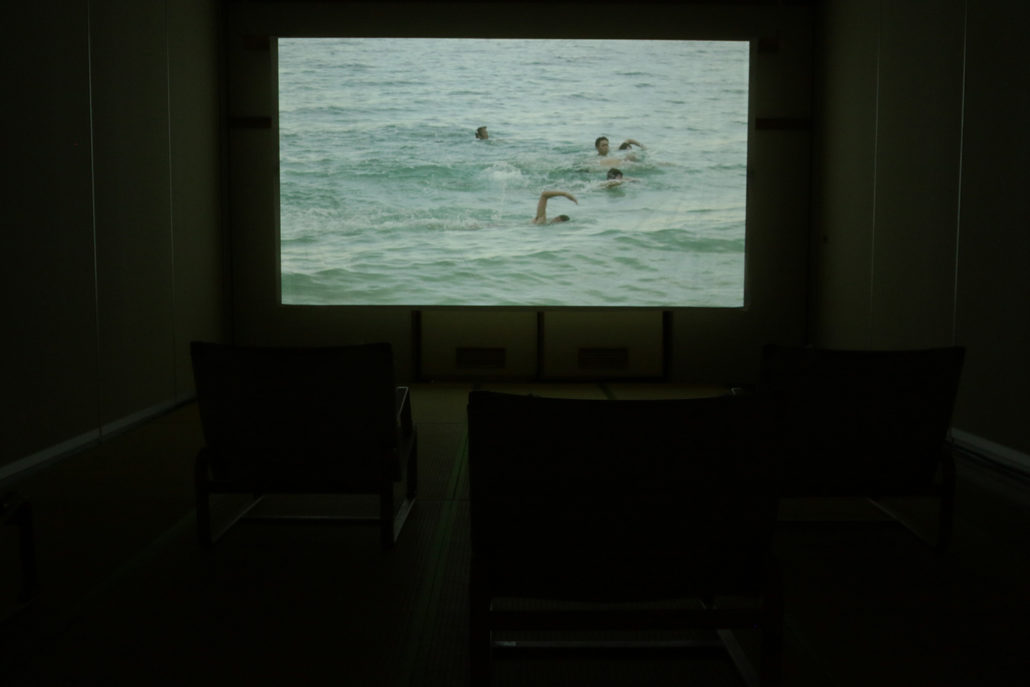 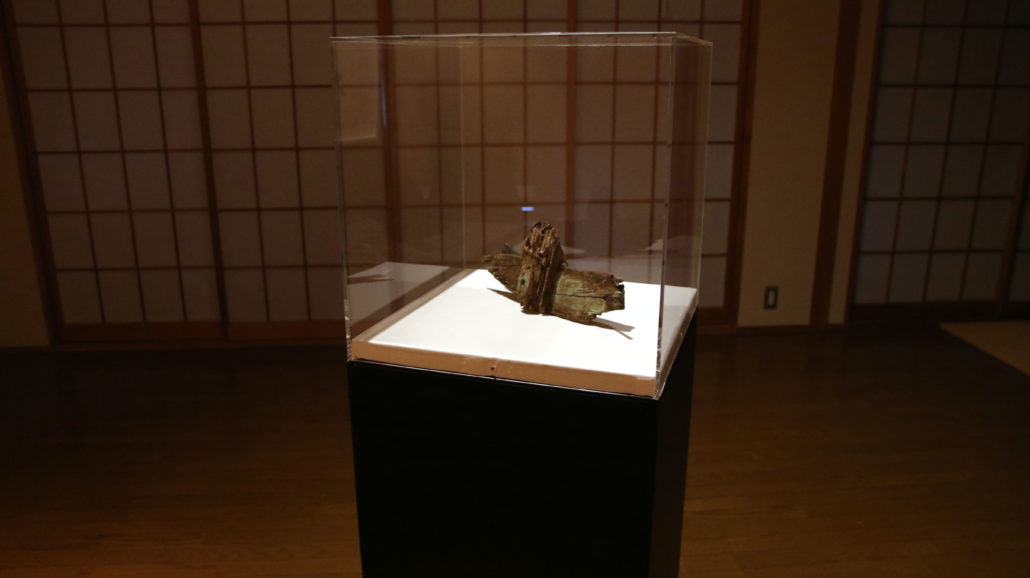 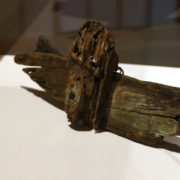 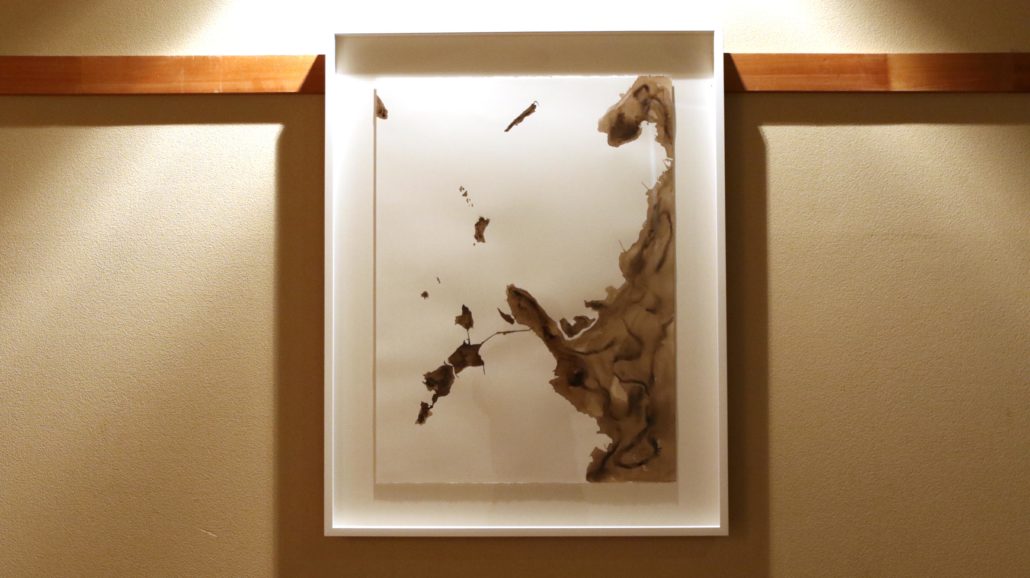 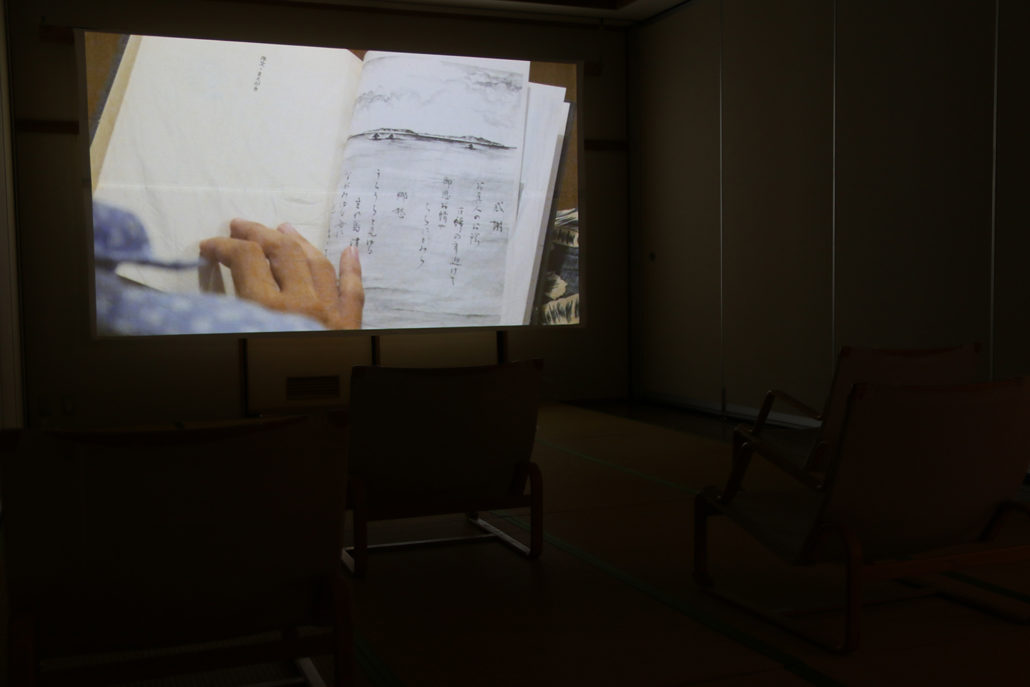 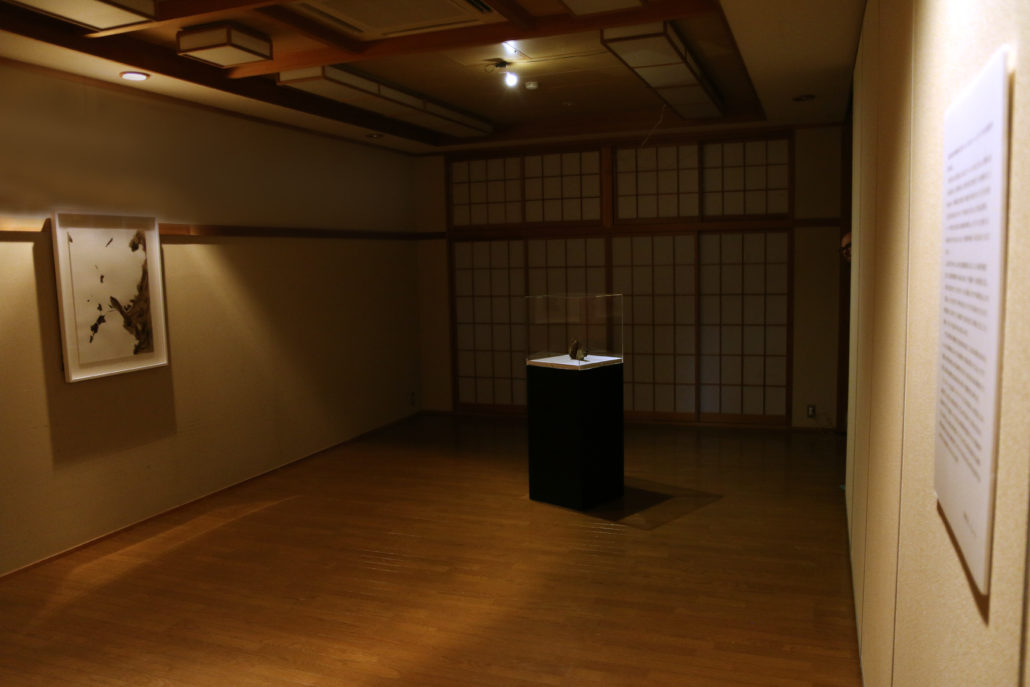 2017
Relic of a shipwreck, digital video and handmade walnut ink on paper 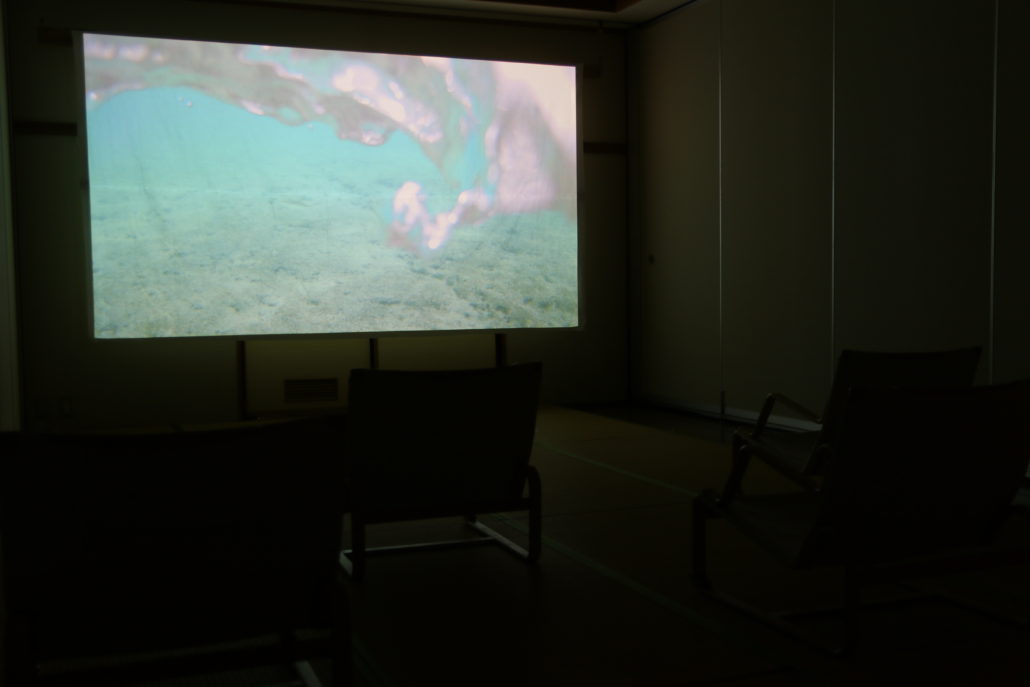