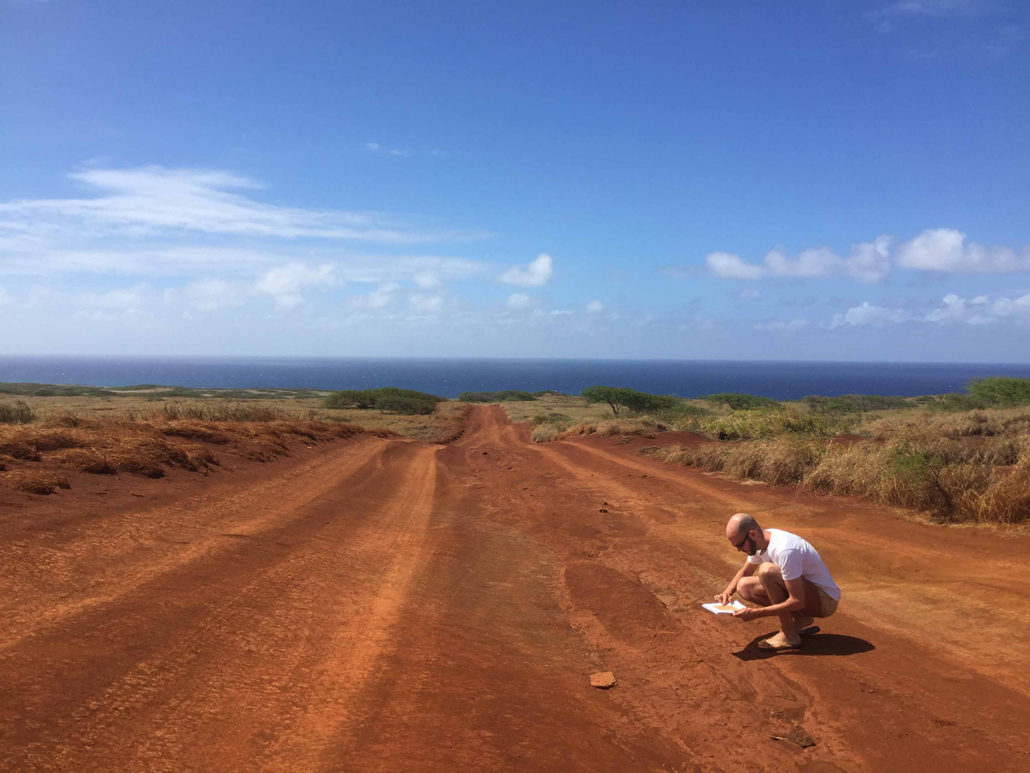 After talking story with Uncle Mac Poepoe, artist James Jack touches the earth to make a drawing near the entrance to Molokai’s Mo‘omomi Preserve in 2017. Photo by Nadine Powell.

…..
Molokai Window was born in 2007 while I was living on O‘ahu. During that time I visited Molokai and was impressed by the community’s strength in preserving the island’s heritage. Spiritual sites were honored, protected and alive. Despite reports in the media on O‘ahu which said otherwise, I saw their perspective was full of positivity and hope. Over time I realized there was a bright shining lesson at the core of the Molokai community which is very important for other communities to learn from. That is: how to protect, value and stay in communication with spirits, nature and one’s own history in the complicated present we now live in. This requires love, conscious effort against adversity, and aloha. This seed resonated with me for many years while I was making other creative works, many of which reconnect people with the earth.

More recently I had the opportunity to return to Molokai to listen to the spirits. I was overwhelmed by a feeling to touch the earth. I felt stories pouring out of the soft grains of dirt. I touched my finger on to a small sketchbook over and over, listening deeper for the stories that Molokai wanted to tell. There were some sites that said no, and I listened to that as well, out of respect for the dirt.  Soon after I showed this sketchbook to Healoha Johnston, interim director of curatorial affairs and curator of the arts of Hawai‘i at the Honolulu Museum of Art, and she, too, felt that we had something to learn from the lifeways of Molokai. How could we convey this message to others? This was the beginning of Molokai Window as an art project. At that moment one of the guiding principles we cherished was: This art work will only exist if the community wants to open the window together with us.

Stories have been central to this artwork and I would like to share one story I was recently told on Molokai while holding a workshop with high school students. It is a story about the sea/land border in Kamalō, which brings to life the area from which materials are being borrowed for Molokai Window. It is just one sampling from many other colorful stories that are a part of the island’s vibrant history. 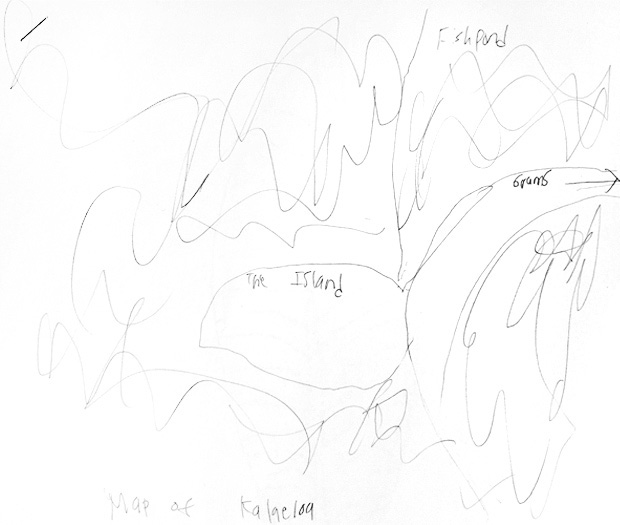 A mind map a Molokai High School student made during an artist workshop organized by teacher Ric Ornellas in 2018.

Hunter DeMello told this story while he drew a mind map of a place where he often plays behind his “gram’s” house. Speaking out loud was an integral part of making this illustrative drawing for the rest of us observing. It starts with an island, which he draws quickly in the shape of a peninsula a short walk behind grandma’s house. He continues with the stones circling around Keawanui fish pond, a revived space where he often plays with family. I recall the mist in the early morning when I walked down to the fishpond last year with Uncle Walter. His love for the pond shines from his eyes and fills the sketchpad with light. The space is an active living environment where he recently saw a stingray playing in the ocean. The mangroves, plants and fish are an active part of the space. The student recalls each of these spaces in relation to a foot pathway across dirt while walking through the forest to and from the ocean. His story was being carefully constructed for all of us who were listening. His story brings the place to life, and is an important shade in the opening of the Molokai Window. 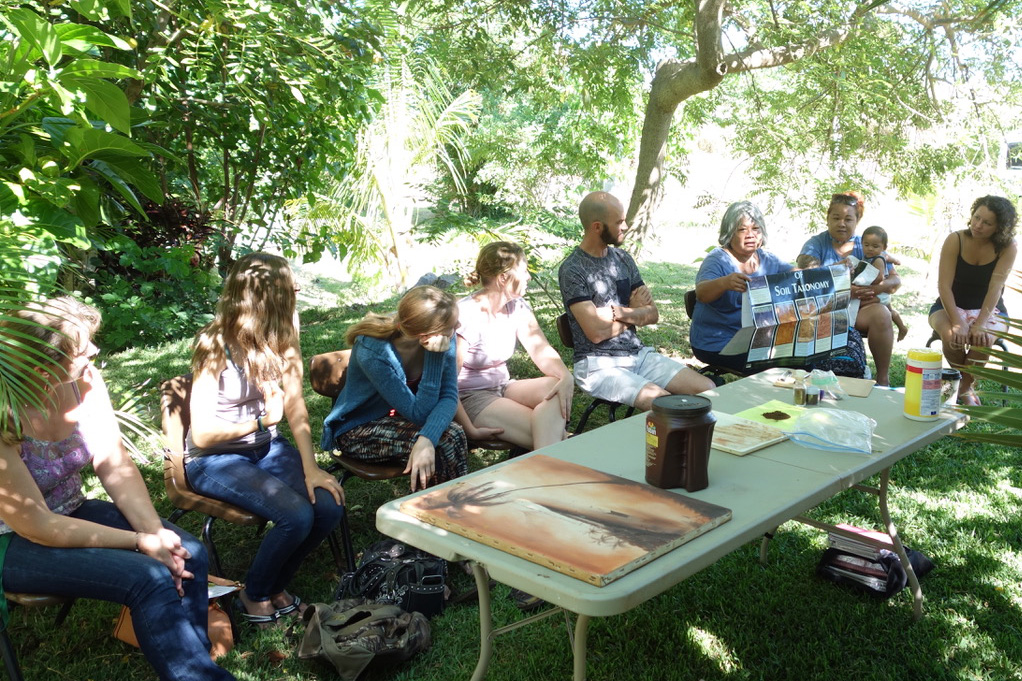 Lessons learned
Over the course of this project, I have visited the island numerous times, often with Healoha, and found a gentle embrace from the community. During a one-month residency last year I listened to the elders, youth and other residents in a patient and respectful manner. While working with them I learned important lessons that I would like to share with others:

These are just a few lessons that have informed this artwork. There are so many more. Mahalo nui loa to Malia Akutagawa Esq., Uncle Walter Ritte, the Molokai Arts Center, Ric Ornellas, Matt Yamashita, Uncle Bobby Alcain, Sust‘āina-ble Molokai and all those who make the opening of this window possible. Together we can change the world one grain of dirt at a time.

*Opening April 26 at Honolulu Museum of Art is the exhibition Molokai Window, a series of two works on paper, a video by Matt Yamashita, a piko of resilience, quotes from key community members and a large window bearing dirt borrowed from Molokai. This post originally appeared on the museum blog site here: http://blog.honoluluacademy.org/places-found-by-memory-artist-james-jack-on-molokai-window/

“Our Artists” at Kujira Gallery
Scroll to top